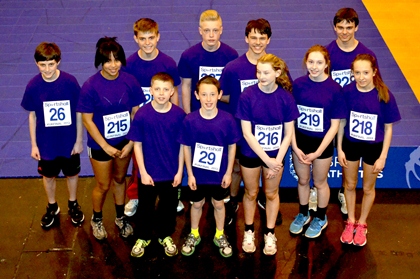 A number of our athletes from the Club represented the North West at the LG Arena Birmingham at the UK Sportshall Finals. The North West team did extremely well to be able to compete at this level. The under 15 boys came a credible 4th with Jason Bennett, Dean and Harry Valentine making up part of the team of 7 athletes alongside members from other Cheshire clubs. The under 15 girls team came 7th with Freya Taylor-Hatswell winning two silver medals in the 4 lap race and the speed bounce. Other competitors on this team were Shaunnah Murphy, Beth Jones and Cara Gibbons. The under 13 boys team came 10th with Jack Williamson winning a bronze in the speedbounce and Jack Shenton winning a bronze in the 2 lap. Lewis Palin and Kian Nolan were also part of this team. Well done to all the athletes – a great way to finish the Sportshall season. Full results click here. 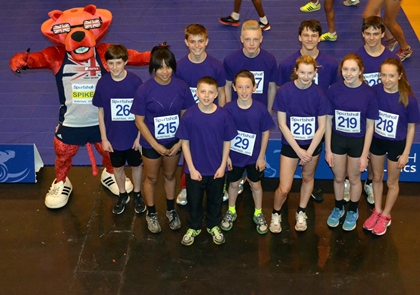 In the picture Spike the UKA mascot in his GB kit. Thanks to Ian as always for the photos.