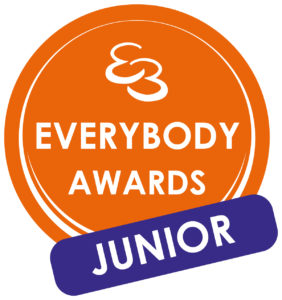 Everybody Sport & Recreation recently announced the winners and finalists of the Everybody Junior Awards 2018. Crewe & Nantwich Athletics Club couldn’t be prouder to witness at  a prestigious awards ceremony in Wilmslow four of our athletes; Arthur Elliot, Heidi Woods, Chloe Mason and Isabella Woods, recognised for their achievements over the past twelve months, as well as their dedication to sport, maintaining healthy lifestyles and supporting good causes. 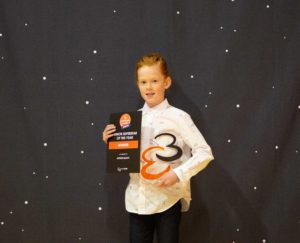 Arthur won the Everybody Junior Achiever of the Year in 2017  and returned this year as a finalist for the 2018 award. Due to his commitment to see a challenge through to the end with outstanding results, the judging panel created a new award in recognition of his outstanding efforts and Arthur this year became the first Everybody Junior Superstar Award Winner.

Arthur set himself the task of completing a marathon in a week, running 6 kilometres a day!  With an aim of raising £500, his last run coincided with the London Marathon.  He smashed his goal raising a whopping £2,342.50 for his chosen charities! These charities included Shelter and Water Aid, and he even travelled to London to meet with Water Aid to see how the monies he raised would be used.  Since then he has shown his dedication to Crewe and Nantwich Athletics Club rarely missing a training session and recently finishing 4th in the Under 11 North Staffordshire cross country league. 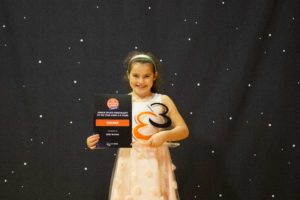 The Junior Sports Personality Award recognises someone aged 5-8 years who has competed at a local, regional or national level in a sport or several sports within the past 12 months. Mia Brookes an 11 year old snowboarder who trains with Team GB won the award for the 9-11 year old category and CNAC’s very own Chloe Mason was a finalist in this older category too, who has been consistent in her outdoor athletics results success throughout last summer as well as demonstrated her ability as an outstanding young athlete at club and school level.

Heidi was a finalist last year in the Junior Member of the Year which fellow CNAC member and sister Isabella Woods won in 2017 and also featured as a finalist this year. Heidi has spent the past twelve months throwing herself into multiple sports, determined to come back after a year of sporting success under her belt and that’s exactly what she has done. Placing in medal position at various inter-school cross country competitions, completing her first triathlon (at just age 7 at the time), as well as two duathlons, progressing in skiing and will be attending another awards ceremony in the new year having reached the highest level in Beavers to receive the Chief Scout Bronze award which included completing a variety of challenges, gaining a better understanding of healthy living and proving her ability in sports including; paddle sports, sailing and hiking. The judging panel not only awarded Heidi Junior Sports Personality of the Year for her sporting achievements but how she has used sport in her role at Audlem St James School as Anti-Bullying Ambassador. 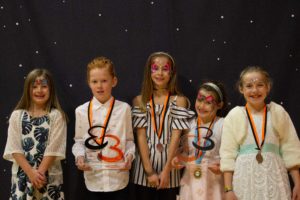