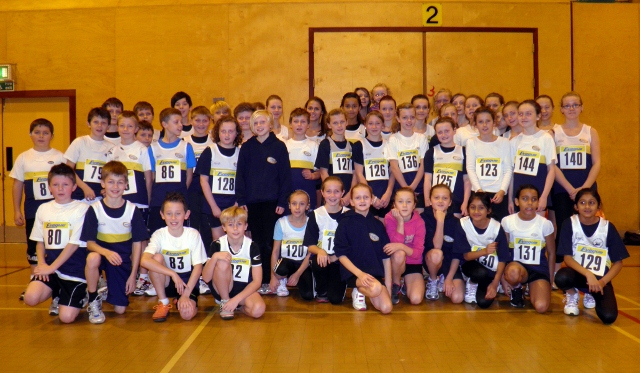 Superb performances by our club athletes today secured victories in the U11G, U11B, U13B, U15G and close second places in the U13G and U15B competitions. Teams from all around Cheshire, Greater Manchester, North Wales and Liverpool competed in the final round of the Northwest Sportshall League at Kingsway, Widnes, all bidding for places in the Final to be held next year. However it was Crewe & Nantwich that stole the show against Wirral, Deeside, Liverpool, Halton & Frodsham, West Cheshire, Sutton St Helens and Warrington scopping most top positions. Full results soon click here. Thanks to all the Team Managers and supporters who made the trip. Thanks to Ian for the great photo. It looks like all our six club teams will make the Final to be held at Robin Park, Wigan on 12th February 2012. A date for the diary.