Crewe and Nantwich athletes made a clean sweep at the final round of the Aviva North West Sportshall League at Shavington Leisure Centre on Sunday, winning all six categories. The seventy two strong squad aged from 9 to 15 competed against athletes from Halton and Frodsham, Macclesfield, Handforth, Sutton St.Helens, and Southport Waterloo. This performance has secured them a place at the final which will be held in Widnes in March . Some of the under 13 and under 15 athletes will also be selected to represent Cheshire in February where they will compete against teams from Cumbria, Lancashire, Manchester, Merseyside. Well done to all our athletes who took part, our volunteers who helped stage the event, team managers, coaches and the parents for supporting. Thanks to Ian for the photos – more coming soon courtesy of Ian and full results available soon click here. 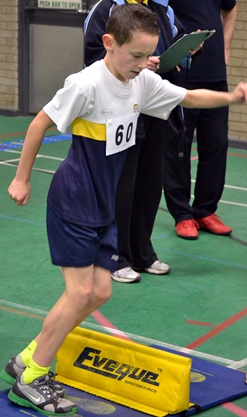