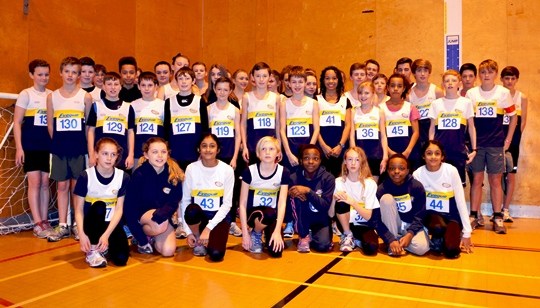 Team results from the weekend Finals. Well done to our under 15 girls who won the NW League title. Also a string of close runners up – our under 11 boys, under 13 boys & girls, under 15 boys all coming second in their competitions.The 11 girls took third palce.

Medal results for under 13/15. 26 individual medals plus 7 relays top 2 places

U11 individual results still to come. Thanks to all the volunteers,parents and athletes who made the trip and to Wendy for the report and Ian for the photo.

Waiting for news from todays event at Kingsway, but the Club look to have won the U15 girls competition. Full report and photos to follow courtesy of Wendy and Ian.